Dave Jones appointed to permanent role as COO at UKROEd

Dave has served as interim Chief Operating Officer since the beginning of 2020. He will continue to support Chief Executive Officer Ruth Purdie OBE as well as leading the day-to-day operational and administrative functions of the business.

“Dave joined UKROEd early in 2019 and adapted with great professionalism to a new operating environment. Since then, he has brought invaluable wisdom and insight in his advice to me as Chair, as well as to other members of the Board and Senior Leadership Team.

“He willingly shares his vast experience and acts as a force for good in his dealings with chief police officers, course providers, lawmakers and policy advisers. He is held in the highest respect by members of the UKROEd team, for whom he has provided motivational leadership throughout his time as interim Chief Operations Officer.

“I congratulate him on securing the permanent position.”

“Dave has helped UKROEd achieve a great deal during his first two years with the organisation. His unrivalled understanding of the road policing and criminal justice environment in which we operate combine with a calm manner and friendly approach, all of which ensure he is a well-respected and popular senior team member.

“In particular, Dave has played a vital role in UKROEd’s response to the COVID-19 pandemic, and in particular to assisting with the new virtual courses, which since their launch in March 2020 have now been attended by more than one million people.

“I have little doubt that Dave’s understanding of the sector in which we operate, combined with his knowledge, skill and diplomacy, will continue to be of immense value to UKROEd as in the years to come.” 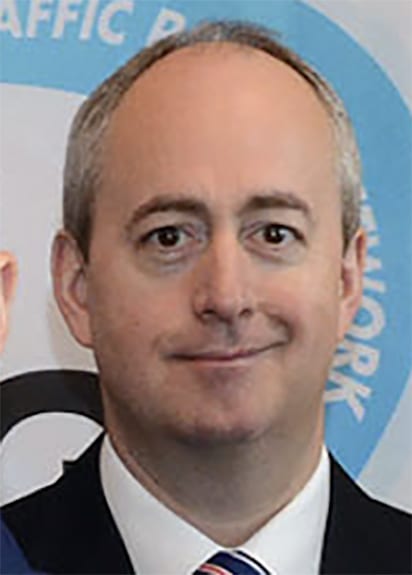