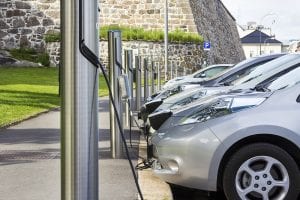 On 10 September, the Government announced a £400 million fund to help develop rapid charging infrastructure points for electric vehicles. The first £70 million investment will create 3,000 new rapid charge points by 2024, more than doubling the number across the UK to 5,000.

The Government says rapid charge points – which can recharge a family car in as little as 20 minutes, compared to existing technology which can take 40 minutes – make the reality of owning and driving electric vehicles ‘easier and more accessible’.

Grant Shapps said: “It’s fantastic there is already a rapid chargepoint at almost every motorway service station, and now more charging stations than petrol stations. But I want to see thousands more charge points installed across the UK. “This fund will help drum up further investment in charging infrastructure from the private sector, so charging an electric car becomes as easy as plugging in a smartphone.”