Government plans to make drug-driving ‘as much of a social taboo’ as drink-driving will only address a small proportion of the problem, experts have warned.

Under the plans announced last week, alongside a call for evidence, drug-drivers could be required to undertake rehabilitation courses before being allowed back behind the wheel.

Currently, those convicted of drug-driving are handed a driving ban, prison sentence or fine by the courts, but aren’t required to complete rehabilitation courses before resuming driving – unlike drink-drivers.

The call for evidence also seeks views on the way specimens are taken and the relationship between medicinal cannabis and road safety.

While welcoming the steps taken by the Government, a leading supplier of drug driver testing equipment says the focus on rehabilitation courses only ‘addresses a small proportion of the problem’.

Ean Lewin, managing director for D.tec International, said: “Government statistics from 2020 show more deaths, serious and minor injuries due to drug driving than drink driving – we all need to do more.

“However, this step is not the immediate priority because it only addresses a small proportion of the problem and after the offences have been committed.

“It is our belief that much more can be done to deter drug users from taking to the wheel in the first place. We sincerely hope the Government will be addressing these issues in the very near future.” 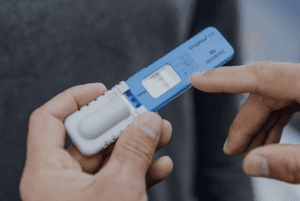