New analysis shows that people living and working in London’s most deprived neighbourhoods are twice as likely to be injured in a road traffic collision than the least deprived areas.

The analysis, produced for London’s Poverty Profile by WPI Economics on behalf of Trust for London and the London Road Safety Council (LRSC), explored the relationship between deprivation and the area in which road collisions occur.

A similar pattern is seen on roads where the speed limit is below 30mph.

However, the trend is even more extreme when looking only at collisions involving pedestrians – which are nearly three times as common in the most deprived neighbourhoods compared to the least. The relationship between road collisions and deprivation can be seen most clearly in collisions involving slight injuries, according to the analysis.

Professor Nicola Christie, professor of transport safety in the centre for transport studies at UCL and president of the LRSC, said: “I am grateful to Trust for London for undertaking this work which shows, as we had feared, the reality of inequality when it comes to road safety in London.

“On a positive front, we are hopeful that initiatives such as School Streets and Low Traffic Neighbourhoods that have arisen from Covid-19 measures will have a positive impact on this situation, but a major concern remains the absence of funding to local councils to continue programmes of education and training that would essentially target the more at risk groups.

“The strong link between deprivation and road casualties especially for pedestrians provides the justification for the DfT and Transport for London to include a measure of casualties by level of deprivation in their road safety strategies.

“This is needed to focus national and local effort on reducing these unacceptable and avoidable health inequalities at a time of increasing economic hardship and changing mobility patterns due to the pandemic.” 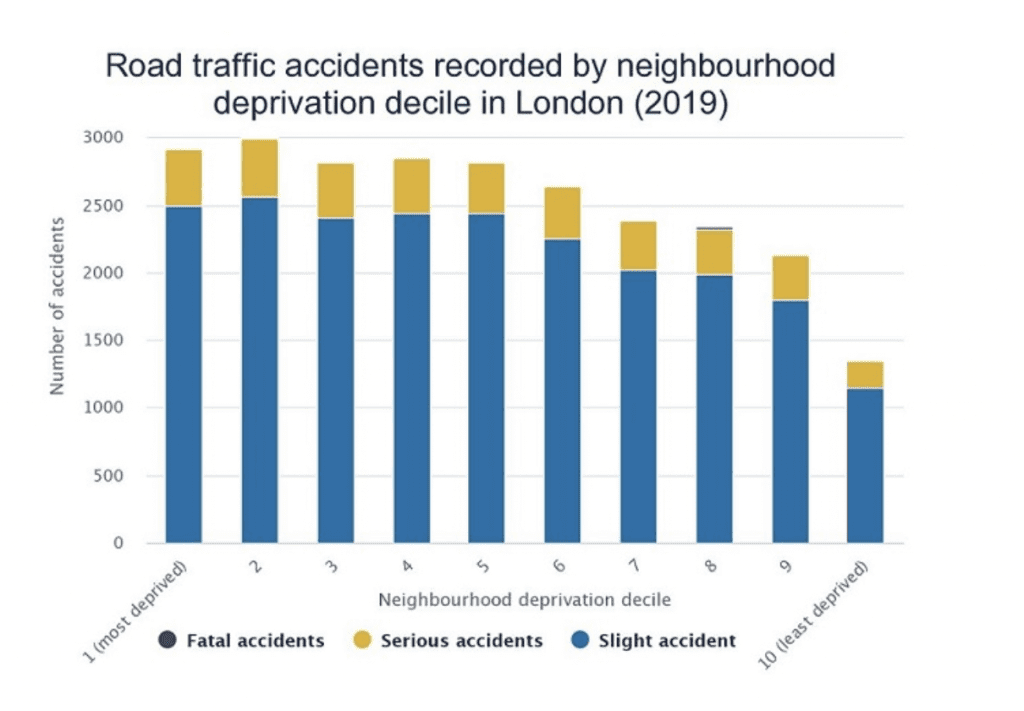