A radical rule change could see speeding drivers ignoring 20mph limits fined by council workers. Reading Borough Council is pushing the government to allow it to take over powers from police to clamp down on drivers exceeding the speed limit, making illegal right-hand turns, obstructing yellow box junctions and driving the wrong way up one-way streets.

Rising complaints about speeding drivers in Reading and calls for more 20mph zones, have prompted council bosses to urge the government to change the rules so it can make the town’s roads safer.

Its proposals are laid out in the council’s response to Department for Transport’s consultation on roads policing and making highways safer.

“Local authorities, like Reading, are under continuing and understandable public pressure to extend the number of 20mph zones. We wish to do this but it obviously results in increased need for effective and regular enforcement.” 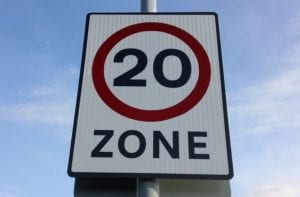