Learner drivers should expect to face another two years of delays, extra costs and frustration. That’s according to Marmalade, an insurance company for learner drivers.

The insurer has calculated that the driving test backlog – which has built up as a result of the Covid-19 pandemic – won’t start to ease until January 2024. This estimation is based on data obtained through a Freedom of Information request showing all tests booked for 2022, as well as gross demand for tests through the DVSA across all of 2021.

On top of this, Marmalade analysed Office for National Statistics data for driving tests in 2021 to establish an average monthly capacity for practical testing across the UK. It has predicted that across 2022, demand for tests will ‘soar’ to approximately 425,000 per month – ‘far higher’ than what the DVSA is estimated to be able to accommodate per month (130,622). The demand will drop in 2023, to an average of 255,000,

Marmalade says. Using its formula, the insurer estimates the first month where the capacity will outweigh the demand will be January 2024. Only then will the backlog start to decrease. As a result, it is warning learner drivers to expect a further two years of ‘delays, extra costs and frustration’. 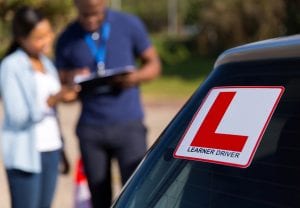