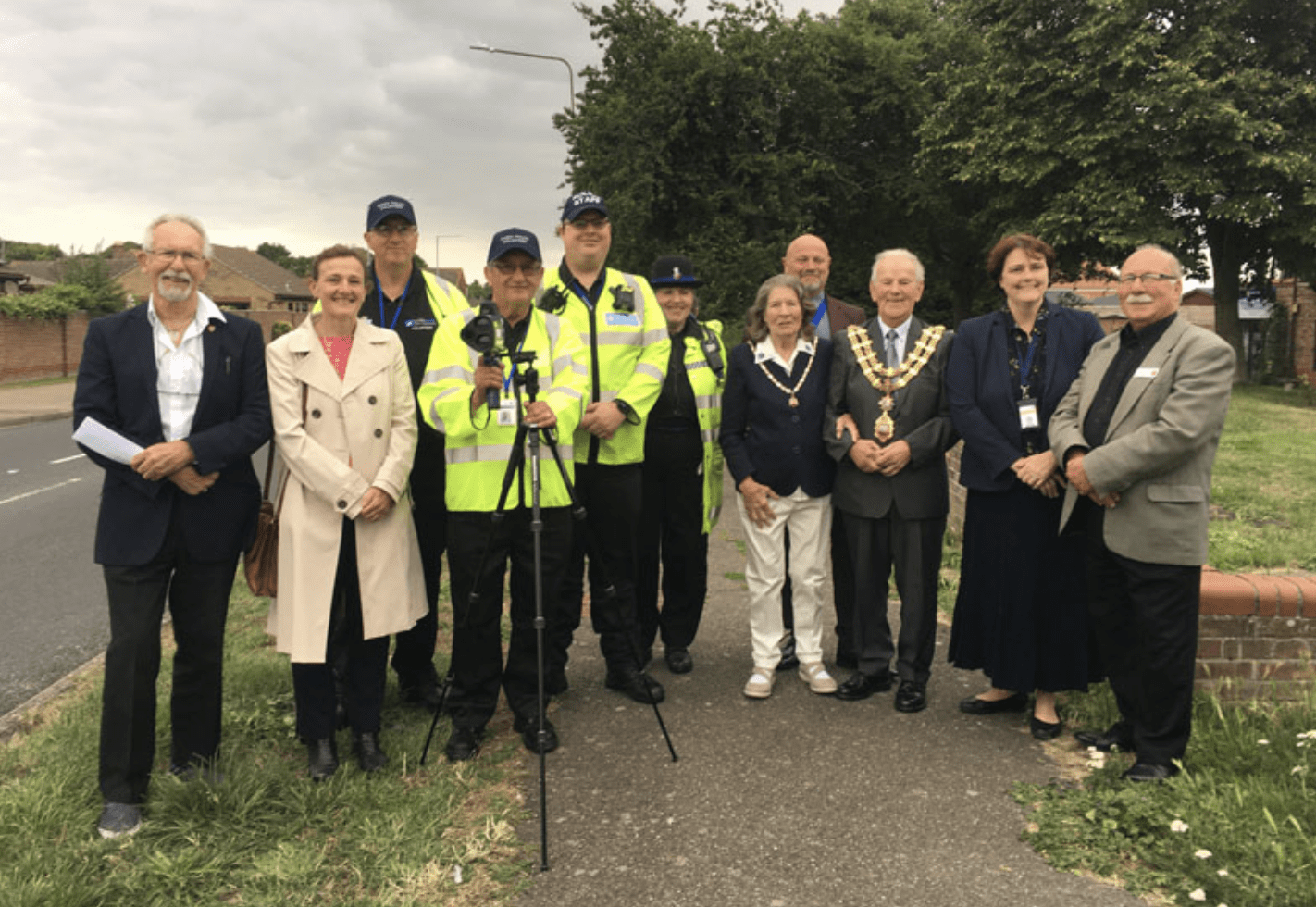 A group of volunteers in Essex will become the first in the country to be given enforcement powers, under a new initiative.

CO-ordinated by the Safer Essex Roads Partnership, ‘SERP volunteers’ have been trained by Essex Police, enabling them to enforce speed limits within their communities.

In their role, the volunteers will also attend local events, schools and colleagues to raise road safety awareness.

The Harwich and District SERP volunteers will be the first to participate in the initiative – which is designed to raise awareness of the consequences of speeding, failing to wear a seat belt, using a mobile phone while driving, and driving while under the influence of drink or drugs – commonly known as the ‘fatal 4’.

SERP says the scheme is an important tool in its efforts reduce the number of people killed or seriously injured on the roads of Essex.

Nicola Foster, chair of SERP, said: “This is a fantastic new initiative that supports residents who want to increase the awareness of the fatal 4 within their community and who are prepared to give up their time to be a visible safe presence on the roads.

“Please encourage everyone you know to drive safely, which includes keeping within the speed limits – particularly through rural communities – and to support the work of these volunteers.

“We are privileged to have the support of these new SERP volunteers, in supporting Vision Zero in Essex.”

Dave Blackiston, co-ordinator of the Harwich and District SERP volunteers, said: “The new ‘Safer Essex Roads Partnership volunteer’ team come from the local community and will work with the community to increase the awareness of the consequences of the fatal 4, through education and enforcement.

“We hope our presence will act as a deterrent and will make people aware of their speed. This isn’t about catching people, this about building on the work of the Safer Essex Roads Partnership in saving lives.

“I feel very proud to be able to support our local area by highlighting the dangers of unsafe driving.”

Roger Hirst, police, fire and crime commissioner for Essex, said: “Improving safety on our roads is one of the priorities in my police and crime plan. Our objective is to reduce harm on the roads and promote safer driving.

“I’m pleased to see that we are giving communities extra technology to help deter drivers from speeding and are able to act on the concerns that residents have raised.”

SERP volunteers is a pilot initiative which will be reviewed after 12 months.