The Government has pledged to end the sale of new petrol and diesel cars by 2030 – and it is widely accepted that one of the key factors to encouraging more drivers to go electric is developing charging infrastructure.

The latest statistics show as of 1 April, there were 30,290 electric vehicle charging devices publicly available in the UK. This equates to 45.2 per 100,000 people.

Compared with 1 January, the number of available devices increased by 7%, or 1,915 units.

Longer term, there has been a 33% increase in the last year. Of the 30,290 chargers available on 1 April, 5,494 were classed as rapid – those whose fastest connector is rated at 43kW and above. As has been the case for the last few years, the Government acknowledges there is an uneven geographical distribution of charging devices within the UK. It notes that some UK local authorities have bid for funding for charging devices, and others have not. 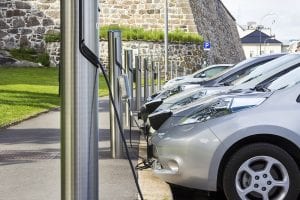