A driver’s attempt to dodge a speeding ticket which would have cost him a £100 course led to an £860 fine and a perjury charge. The man, George Miller, enrolled the help of a fraudster when he was caught speeding in Preston. But his attempt ended up costing him eight times the price of the course, six points on his licence and a criminal charge which took him to the brink of a prison sentence.

He was described at Preston Crown Court as showing “significant naivety” by his own defence counsel. Prosecuting, David Clarke told the court that Miller was driving a Ford Transit van on the A59 when he activated a speed camera at 49mph in a 40mph zone.

A notice of intended prosecution (NIP) was sent to his home at Woodlands Drive, Heysham, but was returned with the name of a Mr Eagles based in Bradford. Eagles was not involved in the scam but has found his details being used by fraudsters. Although he doesn’t even drive, he is now disqualified and facing several fines for such offences.

Miller was prosecuted for failing to provide details of the offence,and also charged under the Perjury Act. 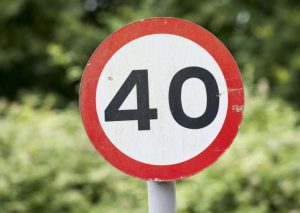