As was the case last year, all the content will be aired free to view by all – and will comprise a mix of around 40 pre-recorded and live presentations, workshops, podcasts and live discussion sessions.

The programme page on the Festival website currently has details of 14 presentations, including the three which focus on motorcycling. Karen Cole, from the Motorcycle Industry Association (MCIA), will consider what the Safe Systems approach means for powered two-wheeler riders. Her presentation will cover the current situation, but will also take a look back, as history provides some excellent and useful references.

It will conclude with a glimpse into what the future could hold for riders and the implications for road safety. On a similar theme, Colin Brown will present ‘Welcoming Roads’ – a development of Vision Zero launched by the Motorcycle Action Group (MAG) earlier this year. For many years, MAG has voiced significant concerns about the Vision Zero concept.

While supporting aspects of this approach, MAG believes the ideological goal of zero casualties ‘falls short of the test of pragmatism’. ‘Welcoming Roads’ promotes safer roads for all road user groups including pedestrians, cyclists, drivers, horse riders and motorcyclists, and ‘seeks to preserve the successful aspects of Vision Zero whilst shedding unhelpful baggage’.

Heidi Duffy will present the results of the Shiny Side Up Partnership’s (SSUP) ‘Know the Dangers’ campaign. In March 2021, the SSUP launched a new social media campaign to encourage both drivers and riders to ‘Know the Dangers’ faced by motorcyclists when using the roads.

The 3D Know the Dangers campaign comprises a series of films which highlight the most common causes of collisions involving motorcyclists, including overtaking and filtering. These films were shared on the SSUP social media platforms, supported by paid advertising on Facebook.

During the initial eight-week campaign, the films received nearly 300,000 views. Due to the success of the campaign, it was re-launched during the summer months, with the total number of views now standing at nearly 700,000. The National Motorcyclists Council has also agreed to participate in the Festival – with details on their presentation set to be added to the agenda in due course. 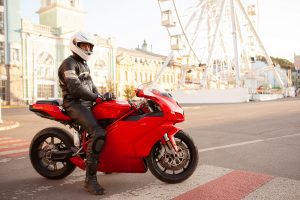