The RAC has warned that relaxing the frequency of MOT tests would see a “dramatic increase” in the number of unroadworthy vehicles, in turn making roads “far less safe”. On Tuesday (26 April), the cabinet met to discuss ways to ease the impact of the rising cost of living.

According to BBC News, transport secretary Grant Shapps suggested reducing the need for an annual MOT. The MOT is designed to ensure vehicles are roadworthy, costing approximately £54.85 for a car and £29.65 for a standard motorcycle.

Two cabinet sources told the BBC that Mr Shapps suggested reducing the need for renewal to every two years, rather than one, to cut costs for households. This has been criticised by the RAC, who has highlighted the potential road safety implications.

Nicholas Lyes, RAC head of policy, said: “The purpose of an MOT is to ensure vehicles meet a basic level of safety for driving on our roads.

“Shifting it from annually to every two years would see a dramatic increase in the number of unroadworthy vehicles and could make our roads far less safe.” 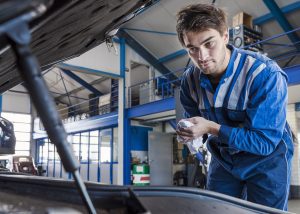