The Government has once again distanced itself from the introduction of graduated driver licensing. GDL is a scheme which places restrictions on new drivers, such as not being able to drive at night – or not driving with passengers under a certain age in the car.

Its introduction has long been debated by the Government, who in 2019 committed to review and consult on GDL as part of its road safety action plan.

However, giving evidence to the Transport Committee’s young driver inquiry on 21 October, roads minister Baroness Vere of Norbiton said the Government is not progressing work on GDL. Instead, it will focus its efforts on the Driver 2020 research project.

Baroness Vere said: ““At this moment in time, we are not progressing work on GDL, we’re focussing on the Driver 2020 intervention because that is £2m worth of research which we believe will give us the evidence to set out what we need to do further.

“So whilst it was under consideration for a while, we are not taking it forward at the moment and also particularly because of the Coronavirus pandemic and the impact on young people’s employment.”

Driver 2020 is a research project which aims to help newly-qualified drivers improve their skills when they begin driving post-test. Described as the largest ‘real-world’ trial of its kind anywhere in the world, Driver2020 was launched by the Transport Research Laboratory (TRL) in 2019. Driver2020 is investigating interventions targeted at learners and novice drivers in a series of controlled tests.

The project aims to understand how learner drivers react to different training approaches and the effect they have on their driving. TRL hopes the results from the research will shape how young drivers learn to drive in the future, before and after the driving test. 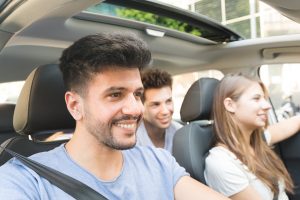