The transition period is over and a deal has been done. What will the implications be for road safety regulation and cooperation now that the UK has left the EU and a new trade deal has been signed?

The biggest changes are where no agreement was reached and/or EU rules no longer apply to the UK. The EU legislation on cross-border enforcement of traffic offences no longer applies, meaning the UK has no easy route to follow-up on traffic penalties such as speeding tickets from foreign-registered drivers.

Another significant and immediate loss of data exchange is in the field of vehicle defects and recalls. Though this will hopefully only see a temporary interruption. The UK has, historically, frequently alerted EU Member States to information about serious vehicle defects as they came to light, and vice-versa. But the UK is no longer a part of the EU / EEA Rapex rapid alert system for product defects. There is a commitment in the text to set up a method of exchanging data between the EU system and the future UK one, but this has not yet been worked out.

The UK is no longer subject to newly-updated EU rules on road infrastructure safety management. The UK is also no longer party to the EU target to reduce road deaths and injuries by 50% by 2030. It currently has no equivalent national target but has committed to the similar global goal set out in the recent Stockholm Declaration. The UK will no-longer provide detailed data on road deaths and serious injuries to the EU CARE database, an important source for benchmarking of road safety performance in Europe.

However, the UK will still be working with other international organisations such as the International Transport Forum and ETSC’s own Road Safety Performance Index programme.

In the field of vehicle regulation, the UK is setting up its own vehicle type-approval system. Vehicles will now have to meet both the UK and EU standards if they are to be sold in both markets. The exception is Northern Ireland where it will still be possible to sell a vehicle with only EU type approval.

For the time being EU type approvals are being converted to UK ones in a relatively straightforward process – but that may change when the UK moves on from the temporary system currently in place. UK-based manufacturers will need to get EU approval from an EU-based type approval authority for all new types of vehicle in the future as well as UK approval to sell at home. Likewise EU-based manufacturers will need a UK type approval from the British authorities in order to sell vehicles in England, Scotland and Wales.

The UK government has previously stated that it would apply new EU vehicle safety rules coming into force from 2022 that mandate new technologies such as Automated Emergency Braking and Intelligent Speed Assistance. But the UK’s position on this is now unclear. The cost of new vehicles in the UK is likely to increase due to the additional regulatory and logistical burdens of Brexit – which could potentially slow down fleet renewal towards more modern, safer vehicles. Some manufacturers have reportedly already increased UK list prices. 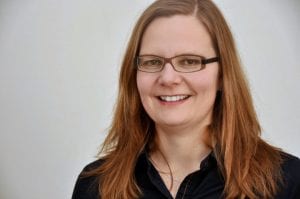 Ellen Townsend, Policy Director of ETSC (pictured) commented: “We hope that the EU and the UK build good cooperation and that the various new working groups are open and transparent, with NGOs given a seat at the table. The world now has another vehicle safety regulatory regime.

“We hope the UK uses that opportunity to put in place safety standards that go further and faster than the EU’s new 2022/4 standards, and avoids a race to the bottom.

“The possibility of lowered standards in order to reach a trade deal with the United States remains a real danger.”