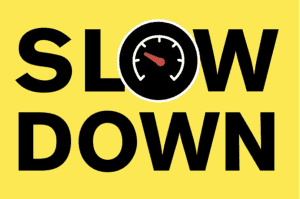 \Police forces across the country will begin two weeks of increased speed enforcement from Monday, focussing on locations where the issue is known to be prevalent.

The two-phase operation, led by the National Police Chiefs’ Council (NPCC), has been timed to coincide with the easing of lockdown travel restrictions.

Phase one, which launched on 18 May, has involved police forces sharing messages across social media and other platforms encouraging drivers and riders to slow down and save lives – in addition to normal enforcement activity.

Phase two – from Monday 25 May – sees forces step up visible speed enforcement activity for two weeks, focusing on roads and areas where speeding is ‘known to be an issue’.

The NPCC says the operation is an important way of highlighting the dangers of speeding, particularly when so many people have not been out on the roads for quite some time.

“Speeding kills, and driving within the speed limits makes our roads safer. Please slow down and save lives.”