A third of road deaths and a fifth of serious injuries are sustained in collisions involving a ‘working’ driver or rider, according to new research by University College London (UCL). In the report, published by the UCL Centre for Transport Studies, academics identify new trends and risks for occupational drivers and other road users involved in collisions with them, in order to inform policies and interventions to encourage safer driving.

Statistics show of the 520 fatalities recorded by the police in 2018 from road collisions involving a working driver/rider, 432 (83%) of these were other road users. Working drivers and their passengers accounted for the other 88 fatalities (17%).

Meanwhile, between 2011 and 2018, 39% of pedestrians killed in Great Britain were involved in a collisions with a working driver (someone who is driving as part of their job, rather than commuting to work).

The report concludes that the changing economy has led to a rapid increase in the number of vans on the road – as well as the proportion of people working in the gig economy, where they are paid per job, or ‘gig’.

Estimates suggest that on average, a van covers around 12,800 miles per year, equating to 15.4% of all vehicle mileage – with 20% of these miles being on minor urban roads. Vans and their drivers are not subject to the same strict regulation of driver training, restrictions on driving hours and roadworthiness testing as HGVs, buses and coaches. 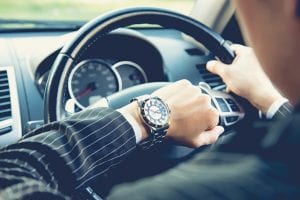