Setting targets to reduce deaths and serious injuries for drivers over 70 by 50% by 2030 and to have a longer-term aspiration for zero deaths by 2050 is a key recommendation in Supporting Safe Driving into Old Age, a summary report issued today by a team of experts funded by the Department of Transport.

For vehicles, the report also recommends that the government takes on board: EU standards of vehicle safety technology and further research into advanced occupant restraint systems such as split buckle or crisscross seat belts in recognition of the frailty of older drivers and passengers.

The Older Drivers Task Force was originally commissioned in 2016 to make its recommendations, acknowledging the importance of people living an active and healthy life into older age, and that age itself does not give an indicator of how fit a person is to drive. The aim is to support older drivers to continue to drive while they are still safe to do so.

The new report is published by the Road Safety Foundation which led the Task Force.

Executive Director Dr Suzy Charman says: “There have been some developments since the previous review, but we want to increase the pace of progress to ensure that we do not see the expected rise in the number of older drivers killed or seriously injured in road crashes. Key recommendations such as introducing mandatory eye tests at licence renewal at aged 70 are considered essential and lifesaving.

“We hope the Department for Transport welcomes the report and can provide the leadership necessary to ensure these recommendations are taken forward. Not only will this make driving safer for older drivers, but it will also provide a legacy of safer roads for generations to come.”

John Plowman, chair of the Task Force, says in the report foreword: “I am grateful for the contributions of all members in following up the review and to the Road Safety Foundation for their support throughout our work. We are ready to help in whatever way we can to support the action now needed to make driving safer for older drivers, a vulnerable and growing sector of our community.” 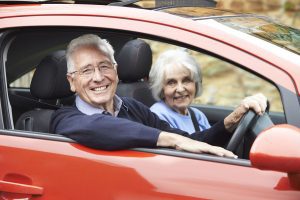