The Government is being urged to do more to persuade drivers to book an MOT immediately in the interests of road safety and fears testing stations could become overwhelmed. Vehicles were granted the six-month exemption from the MOT test in March, when the lockdown was introduced to slow the spread of coronavirus.

That exemption ended this month, with all cars, motorcycles or vans due an MOT test from August 1 now required to get a test certificate. More than half of drivers (56%), who had an MOT due between March 30 and July 31, 2020, used the six-month extension to delay the test beyond the expiry date on their existing certificate, according to a YouGov poll.

The study, commissioned by The Motor Ombudsman, also found that making tests mandatory from August 1, has done little to persuade drivers to book tests, with only 29% of people that had passed the original expiry date, stating they had done so. 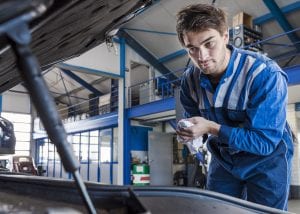