New rules to improve safety on England’s motorways and high-speed come into effect today in a ‘major update’ to The Highway Code. More than 3,200 people and organisations took part in a consultation to help National Highways (formerly Highways England) and the DVSA to decide on the details.

The update is designed to include clearer advice on: Where to stop in an emergency The importance of not driving in a lane closed by a Red X How variable speed limits are used to keep traffic flowing There is also updated guidance on key factors that contribute to safety-related incidents, including driving while tired, unroadworthy vehicles, safe towing, tailgating and driving in roadworks.

Nick Harris, chief executive of National Highways, said: “Although our motorways and major A-roads are already among the very safest in the world, this new guidance will help road users be even safer. “It includes clear, practical information such as how variable speed limits work and advice about where to stop in an emergency. This will help drivers use our roads safely and feel safe doing so, and I urge all drivers to read it.”

In total, 33 existing rules in The Highway Code have been amended and two new rules introduced. Updating The Highway Code is one of the measures set out in the transport secretary’s 18-point action plan to improve safety and public confidence on all-lane running (ALR) motorways.

Baroness Vere, roads minister, said: “As we build back better and modernise roads across the country, the safety of road users continues to be our utmost priority. “That’s why these changes have been brought in as part of our 18-point action plan to further improve safety on our motorways and high-speed roads. 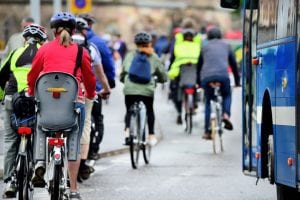