In a proposed legislative update to EU rules on Intelligent Transport Systems (ITS), the European Commission says EU Member States will have to supply data on speed limits.  The data will then be available for use by in-vehicle safety systems such as Intelligent Speed Assistance, helping to ensure more accurate information.

In a first step, speed limit data will be made available for roads on the Trans-European Transport Network (TEN-T), other motorways and primary roads by December 2025. In a second step, the entire public road network of the EU should be covered, at the latest by December 2028.  The rules will need to be agreed with EU Member States and the European Parliament.

The planned update on ITS rules would also require Member States to make other data available, including data on detected road safety events, such as temporary slippery roads, wrong-way drivers, exceptional weather conditions and unprotected crash sites, for the TEN-T network by December 2026.

By that time, Member States also have to provide an ITS service on road safety-related traffic information – which could be communicated to cars equipped with the technology. The European Commission states that the supply of both road safety data and services should be mandated in order to improve road safety. 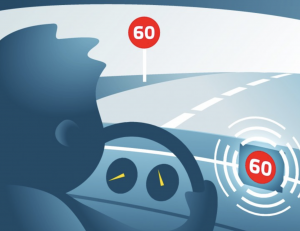