The RAC says the findings of a new survey suggest the typical Monday-to-Friday commute may be ‘gone for good’ as a result of the pandemic. The survey was carried out for the annual RAC Report on Motoring, described as ‘the most comprehensive study of drivers’ views in the UK’.

The findings show that while 49% of drivers commuted five days a week before the pandemic, just 32% expect to in the future. Nearly a third (30%) now expect to commute between one and four days a week – with the average number of commuting days dropping from four to three. In addition, 19% of respondents expect to give up the commute by car altogether, while 12% who used to commute via other means – bus, train, tube, walk or bike – before the pandemic say they’ll continue to do so in the future.

Rod Dennis, RAC data insight spokesman, said: “These figures paint a picture of how car use is likely to change as a direct result of the pandemic, with a reduction in the number of days a week drivers commute by car being one of the most striking findings.

“Many drivers clearly expect that ‘hybrid working’ will become the norm which could have a profound effect on the overall volume of vehicles on the roads during the week – although whether it signals an end to congestion during peak hours is another matter.” 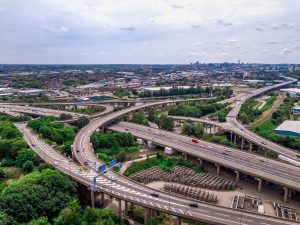