Police officers will be deployed with Community Speed Watch teams in Devon and Cornwall to allow the groups to issue on-the-spot fines and report drivers who are caught breaking the law.

Community Speed Watch teams, which are made up of volunteers, have not previously been able to enforce the law when they catch speeding drivers, with motorists instead getting a warning letter from the police. However, the Alliance roads policing team in Devon and Cornwall is changing that by embedding qualified speed detection officers into the groups.

Supt Adrian Leisk, Alliance strategic lead for roads policing, said: “Community Speed Watch teams across Devon and Cornwall assist us heavily in highlighting issues and drivers of concern. “We intend to significantly increase the number of active teams in the region, as well as the level of support they receive, over the next 12 months.

“We also plan to deploy Speed Detection Officers within Community Speed Watch teams so those groups will give us greater reach to issue on-the-spot fines and report drivers who are caught breaking the law.” 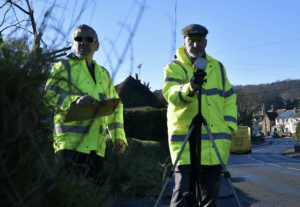