A social media campaign highlighting the most common causes of collisions involving motorcyclists has proven popular among riders and drivers alike. The 3D Know the Dangers campaign, devised by the East Midlands-based Shiny Side Up Partnership (SSUP), comprises seven short films – and one longer film – which are being shared on the SSUP social media platforms.

The films deliver important safety messages, applicable to both drivers and riders. To date, the first six films have been shared, covering issues such as overtaking, junctions and filtering.

They have been viewed more than 175k times – with the final two films still to come in the next few weeks.

Versions of the films without the safety messages have also been produced for educational and training purposes – along with a series of infographics. These can be accessed via the SSUP website.

The campaign, which has been funded by the Road Safety Trust, was launched in March to coincide with Road Safety GB’s online PTW event. 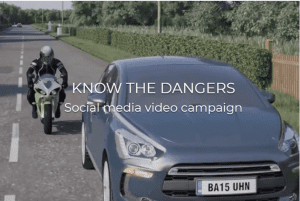