Scotland’s speed limits are in place for the safety of all road users. That’s one of the key messages of a new campaign, launched by Safety Cameras Scotland to protect vulnerable road users.

The campaign runs across social media, supported by local advertising. It sends out a message that speeding is socially unacceptable and encourages road users to #KnowYourLimits and drive at a speed appropriate for the road conditions.

The campaign also stresses that those who can do the greatest harm hold the greatest responsibility to reduce their speed, as per the recent changes to the Highway Code.

Safety Cameras Scotland said: “Driving at safe speeds is shown to reduce the risk of road death and injury and enable more people to make safe and healthy journeys when walking, wheeling and cycling.

“Not only does it give drivers enough time to spot and react to hazards on the road, but if an impact was to occur it would be less likely to cause serious injury or a fatality.

“Vulnerable road users also have a responsibility to keep themselves and other road users safe. Motorcyclists are among the most vulnerable on our roads, therefore they must make sure that they are travelling at an appropriate speed within the speed limit.

“Losing control when travelling at excessive speed is one of the most common causes of collisions involving motorcyclists and the consequences can be fatal.” 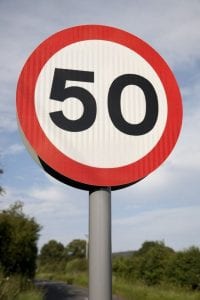