Scotland has become the first UK country to ban pavement parking, in a move that has been described as ‘historic’. On 10 October, MSPs at Holyrood voted to approve the Transport (Scotland) Bill – meaning it will now become law.

The Bill, first introduced by Derek Mackay MSP in June 2018, contains provisions to prohibit pavement parking – which is not currently a specific offence in Scotland. It replaces existing laws on obstruction and pavement parking, which have previously been described as ‘unenforceable’.

Living Streets Scotland has applauded the ‘historic’ decision and urged England and Wales to follow suit. 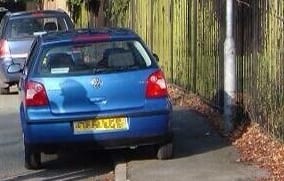