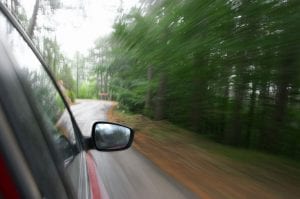 Speeding is the riskiest kind of aggressive driving, according to a unique analysis of data from on-board devices in vehicles published on 21 August. Researchers at the University of Waterloo examined data from 28 million trips for possible links between four bad driving behaviours – speeding, hard braking, hard acceleration and hard cornering – and the likelihood of crashes.

Their analysis revealed speeding is a strong predictor of crashes, while statistically significant links for the other kinds of aggressive driving couldn’t be established.

“For insurance companies using this telematics data to assess who is a good risk and who isn’t, our suggestion based on the data is to look at speed, at people driving too fast,” said Stefan Steiner, a statistics professor in Waterloo’s Faculty of Mathematics.

Data for the study came from insurance companies in Canada and the USA, with clients who had on-board diagnostic devices installed in their vehicles. In the first study of its kind, researchers initially analysed the data to identify 28 crashes based on indicators such as rapid deceleration.

Each vehicle in those crashes was then matched with 20 control vehicles that had not been in crashes, but were similar in terms of other characteristics, including geographic location and driving distance. When the crash cases were compared to the control cases using a sophisticated penalty system for the four kinds of bad driving, speeding emerged as the key difference between them.