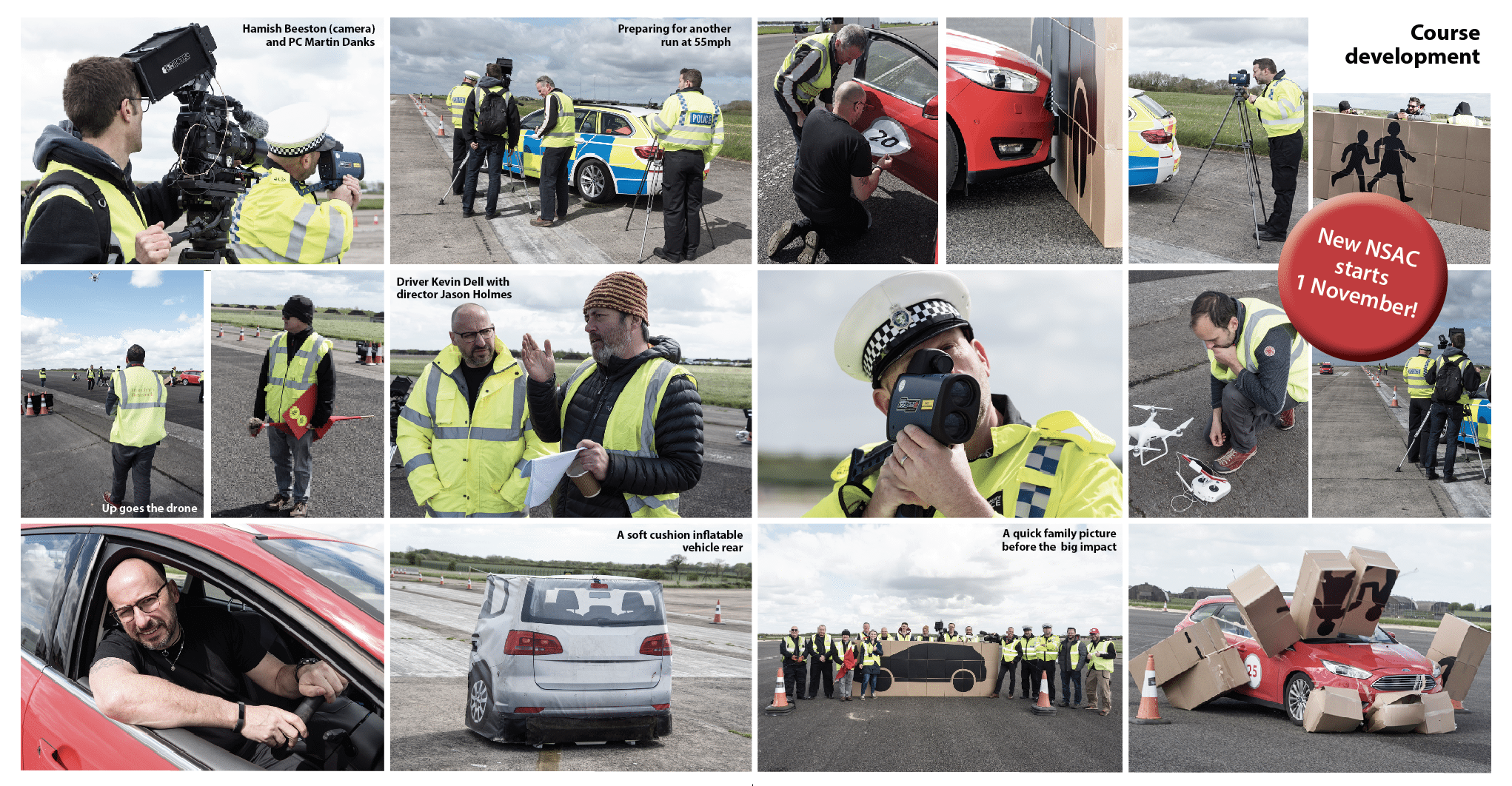 MEMBERS OF the UKROEd Course Development Unit have been busy in recent months preparing a new programme for the National Speed Awareness Course (NSAC). Among a number of innovative assets to form part of the new course is a short video that focuses on stopping distances.

The video is the brainchild of Dr Fiona Fylan, who leads the course development unit. Her idea was to present a concept as clearly and simply as possible: the faster you are travelling, the more time and space you will need to stop your vehicle. This is illustrated in four lots of ‘twin-tests’, filmed on a long stretch of disused airfield runway, away from the public road.

“We started with a car travelling at 30mph,” she told us. “We saw it drive towards us, and then perform an emergency stop. Using accurate police speed measuring equipment, we saw it do the same thing at 31mph , noting that it was still travelling at at 8mph when it passed the point where – at 30 – it would have stopped.

The video goes on to compare stopping distances at 20 and 25, 50 and 55 and finally 70 and 80, using a range of visual effects to deliver as effective a safety message as possible.

“We are very happy with the quality and relevance of the video. Having now played it to a few groups of trainers, we are confident that it will assist in delivering a really first-class learning experience,” concluded Fiona.