THINK! has teamed up with Radio One DJ Chris Stark and the County Football Association to deliver a passionate team talk to young drivers. The team talk forms part of a new THINK! campaign which aims to celebrate those young drivers who don’t take risks on the road.

The campaign also promotes safe driving habits, such as travelling at a safe speed, even when in a hurry or on well-known roads, and ignoring mobile phones. It has been launched to coincide with Euro 2020, which got underway on 11 June.

Chris Stark, who also co-hosts ‘That Peter Crouch Podcast’, said: “Every football fan knows that the banter around the sport is part of the magic. 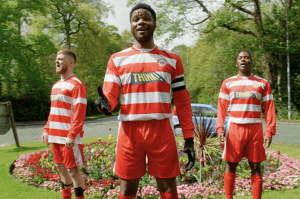