Researchers from the University of Leicester led by Professor Sally Kyd have issued a warning that too many prosecutions for dangerous driving fail to materialise, due to lack of funding and regional inconsistencies in Crown Prosecution Service (CPS) demands on police.

Publishing a report at the end of a research project funded by the Road Safety Trust, the team looked at the examination and enforcement of the offences of careless driving, dangerous driving and using a mobile phone whilst driving.

Under the current charging scheme, police can prosecute careless driving, but must prepare a CPS advice file for dangerous driving, which Professor Kyd (pictured) said brought a heavy burden on already overworked officers. 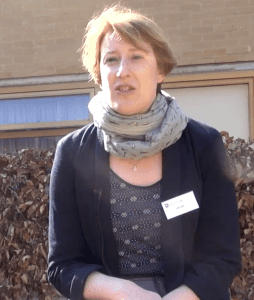 “This tended to lead, especially in borderline cases, to officers choosing to charge the lesser offence of careless driving,” said Professor Kyd.

“We also found that different CPS areas made different demands on the police in the preparation of files, while officers expressed frustration with the CPS’s definition of dangerous driving, particularly in cases not involving a collision.

“Although we did not always uncover the reasons behind prosecution decisions in individual cases, we were able to build up a picture of the nature of cases resulting in different disposals, to identify some good practice but also some inconsistencies in approach.”

Professor Kyd urged police to record more information when reporting mobile phone offences, as she said cases had been lost due to ambiguities in the definition of the offence itself.

“Whilst frontline officers perceived this to be a straightforward offence, their Traffic Process Unit colleagues noted a possible ambiguity in the offence definition, such as when a mobile is ‘handheld’ and when it is being used. Cases have been lost due to this ambiguity. Also, some forces still offer education courses for mobile phone offenders, despite Government recommendations to the contrary,” she explained.

The growing use of third-party dashcam and other digital video footage represented an ‘efficient means of enforcement’, according to Dr Steven Cammiss, who worked alongside Professor Kyd on the project. “In the way that the neighbourhood watch schemes set out to bring people together to make communities safer, so the submission of video footage can help to make our roads safer,” he said.

“There is, however, a degree of variability in the extent to which such submissions lead to a positive enforcement outcome, suggesting a problem of ‘postcode justice’.”

The report from Professor Sally Kyd and Dr Cammiss makes the following key recommendations which would see more effective use of the law against dangerous driving and other endangerment offences: