PACTS has published a briefing – Vaccine for Vehicles – summarising why the UK government should swiftly adopt a package of 15 safety regulations for vehicles made in the UK. This package will take effect in the EU and in Northern Ireland in July this year (2022).

Since 2010 the long-term reduction in UK road death and injury has stalled. This package of measures which applies to new cars, vans, buses, coaches, and heavy goods vehicles, would kick-start a new decade of reducing deaths and serious injuries in crashes. The package includes automated emergency braking that detects pedestrians and cyclists, improved direct vision for HGV drivers, and a range of technologies to assist drivers in complying with the rules of the road and providing protection for those both inside and outside the vehicle in the event of a crash.

The measures particularly help avoid serious and fatal crashes and injuries and improve safety for vulnerable road users. They come at minimal cost to the taxpayer or consumer and would  support the UK automotive sector. The technologies are also important to the UK’s ambitions for connected and automated vehicles and transport decarbonisation. The measures are integrated, designed to work together, and it is important that they are adopted as a package, not “cherry picked”.

This package is being implemented in the European Union (EU) and Northern Ireland from July 2022. The measures are consistent with the vehicle safety recommendations of the Global Plan for the United Nations Decade of Action for Road Safety – 2021-2030, endorsed by the UK government.

The Department for Transport (DfT) held a consultation – Future of transport regulatory review: modernising vehicle standards (closed 22 November 2021). PACTS submitted detailed proposals. This would lead to a new national whole vehicle type approval scheme for Great Britain, which is necessary now that the UK has left the EU.

PACTS calls on the UK Government to seize this opportunity. It should reaffirm its commitment to best practice in vehicle safety standards and demonstrate this by including all 15 measures in the new GB national type-approval scheme. Access the full briefing here.

David Davies, PACTS Executive Director said, “This package of measures has been described by TRL as the biggest advance in vehicle safety since the seat belt. Having left the EU two years ago this week, the UK government needs to introduce its own whole vehicle type approval system and update the vehicle safety regulations.  We urge the government to at least match the standards that now apply in Northern Ireland. It could use its new independence to go further and faster.”

Former transport ministers have also written to the UK Transport Secretary Grant Shapps, calling on him to swiftly adopt new vehicle safety measures that have been described by the UK’s Transport Research Lab as the most significant advance in vehicle safety since the seat belt. 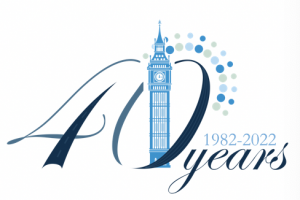